Living in an Apartment Near Jack London Square 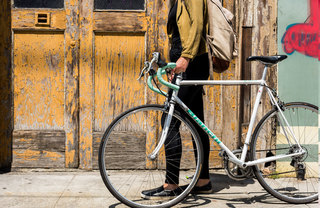 But what is living near Jack London Square like?

Jack London Square was built and dedicated in 1951 — 71 years ago at the time of writing. The site of the square was once a busy seaport in the 1800s and played an important role in the California Gold Rush. It’s an area of Oakland with rich history.

The square is named after an iconic figure of the gold rush era — Jack London himself. Most famously, he is the author of books such as The Call of the Wild and White Fang, both based on his experiences during the Gold Rush.

Jack London was also a hugely influential activist. He advocated for labor rights and women’s rights, and was a follower of Karl Marx and other socialist political writers. He also held more controversial views, such as promoting the popular-at-the-time ideas of eugenics and was at times accused of racism.

He organized and made speeches at various spots in Oakland. The cabin that he lived in during the Gold Rush is rebuilt and placed at the center of Jack London Square for visitors.

The oldest building in the square is Heinold’s First and Last Chance Saloon, which originally opened in 1883 and still stands today. Jack London was known to visit this bar in his youth. The saloon is known for surviving the 1906 San Francisco earthquake, although the powerful event broke the clock in the bar, which is still there today displaying the time the earthquake hit.

In the water across from Jack London Square is the USS Potomac, Franklin D. Roosevelt’s presidential yacht.

Living in an apartment near Jack London Square allows you to join Jack London District residents in keeping your kitchen stocked with local fresh fruits and vegetables as well as shopping for local goods every weekend.

When you live in an apartment near Jack London Square, the square will be your closest venue to catch live music and performances. The live events there take advantage of the gorgeous weather and views.

The square hosts a summer live concert series every year as well as outdoor movies.

The Square hosts regular blood donation drives. They are also home to the Oakland Jazz Workshops, a nonprofit promoting the rich legacy of jazz in Oakland. They teach jazz to young students and host family-friendly concerts.

By living at Fourth Street East, you can enjoy the Jack London Square waterfront. You can take a kayak or a canoe into the bay (and rent one if you don’t have your own). A gorgeous trail along the water allows you to walk or bike.

Jack London Square is home to one of your closet movie theaters, the Regal Jack London. A vintage theatre with multiple screens, they play a combination of blockbusters, indie flicks, and foreign films.