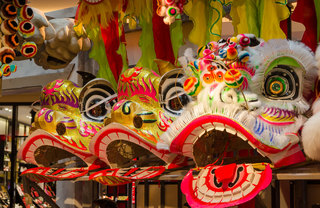 Every year in August, on the sunny city streets near the apartments for rent in Oakland, CA, a spectacular celebration of the diversity of this town (and its wonderful Asian population) takes place. We’re talking, of course, about the Oakland Chinatown Street Festival, now entering its 32nd year:

“The two-day event runs all day and is free to the public. Consisting of more than 200 booths, the festival will span nine to ten blocks of Chinatown. Every year small businesses and community organizations from all over California come to showcase a myriad of delicious foods, unique Asian products, and special services. There will be arts & crafts, entertainment on two stages, and a Cultural Village presented by the Oakland Asian Cultural Center.”

Like the many years that have preceded it, the 2019 festival should be one for the history books, so if you’re thinking about heading down there this August for a good time, why not read ahead, and learn what you can expect from this lovely celebration of cultural diversity? We’ll be laying out all you need to know about what makes the Oakland Chinatown Street Festival such a momentous occasion, and why you should definitely make plans to show up and enjoy yourself.

What to Expect at the Oakland Chinatown Street Festival

Now, there’s one minor snag we should explain beforehand: organizers have yet to reveal the details for the 2019 edition of the Oakland Chinatown Street Festival. So, information like who’s going to be on the lineup and what artists will be displaying their wares isn’t something we can share quite yet. As the saying goes, however, what’s past is prologue, so we need only look to last year to provide you with an accurate portrayal of what you can expect when you head to the festival this year.

Just like last year, live entertainment is sure to be a big draw, and if this year will be anything like 2018, you’re in for a wide range of both traditional and contemporary-styled performers. For example, last year featured an impressive rendition of the famed Lion Dance, courtesy of the Toishan Association:

“According to traditional Chinese belief, the lion signifies courage, stability and superiority. The lion’s dance is performed to chase away ghosts and evil spirits, and since the monsters, ghosts, evil spirits and giants like Nian are afraid of loud noises, the dance has become a natural complement to the firecrackers' noise. Clashing cymbals, a gong and drums usually accompany this lively scene.”

The Lion Dance wasn’t the only traditional performance on display, though. Chinese ballet, traditional Chinese folk music, Tai Chi, and even youth performances made up a large part of what was featured on the cultural stage. In addition to the cultural stage, though, there was also a space for contemporary performers at the popular stage. It was here that we saw acts like the Get Lucky Band, a conglomeration of stellar Bay Area performers who always know how to work a crowd:

“Bold, strong, and highly contagious, Get Lucky is one of the hottest bands in the San Francisco Bay Area. They play everything from Jazz Standards, Pop, R&B, Alternative, House & Retro while mixing them with the newest TOP 40 songs. If you've heard it on the radio they play it!”

Then there was Chinatown’s very own Soul Band, Jest Jammin’, led by the legendary Reverend Norman Fong. Can you believe they’ve been putting on shows for the past 50 years? All that time, and they still haven’t lost a step. They were well-equipped to bring some of that old-school 1970s cool to the occasion, and hopefully, we’ll be treated to another glimpse of them this year.

And who can forget Alice & the Wave? The internationally-known Alice Lui is well-known in jazz circles across the country and across the globe. This multiple talent can sing (in several different languages, mind you), but is also a skilled pianist and well-regarded composer. With her band, the Wave, at her back, they storm the stage and kill it every time, so if she’ll be making a return appearance, there will certainly be plenty of enjoyment shared by all.

And even if these performers won’t be back for 2019, it just goes to show the caliber of the musicians that are typically in attendance at the Chinatown Street Festival. It’s sure to be great just from the performances alone, but that’s not all, because the vendors will be out in full force at the festival as well. There are more than 200 booths set up most years, each offering something a little bit different for you to enjoy.

For example, arts & crafts will be generously represented, so paintings, sculpture, and trinkets you can buy as gifts for the family will be in plentiful supply. What’s more, some of those booths will be featuring various “culinary delights,” so if you’re heading to the festival intent on sampling some fine Asian cuisine, you’re in luck. It’ll be a great time for all, regardless of what sort of entertainment you’re after specifically.

And if you need any more proof that the Street Festival is a fun-filled event, just take a look at photographs from previous years. It’s plain to see that this event is part of the pride and joy of Oakland, and you’ll be doing yourself a big favor by keeping some time free in your schedule to go see it for yourself.

For proximity to all of Oakland’s most riveting cultural events, there’s no place finer than Fourth Street East. This amazing community, located near the water in the budding Waterfront District, is right in part of Oakland’s spiritual heart, and a great place to reside if you feel like being in the center of it all. You’ll get all the Oak Town you can handle here, so when you’re ready, be sure to drop us a line and learn more about what Fourth Street East has to offer you, then get ready to make that move to one of the finest communities this amazing city has to offer.