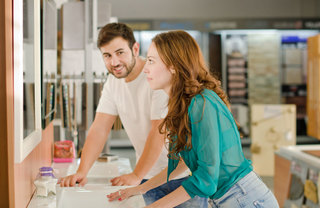 If you’re sitting pretty in the rentals in Oakland, it’d be no surprise if you wanted to bring a bit of NorCal Style into your home decor setup. Not familiar with the ins and outs yet? Don’t worry — the short version is easy to sum up in a way you can quickly understand:

“The design and architecture of Northern California closely match the culture of Northern California. It's open, casual and a little obsessed with the outdoors. It's a place where natural light is as important as paint color and where "comfortable" and "cozy" are not synonyms. The coast is ever present, but the designs are not exactly beach style. And it borrows from everyone from the Spanish to the hippies.”

To say that NorCal Style is eclectic might be a bit of an understatement, and to claim that we’ve broached its depths with but a paragraph would be laughable, so today we’re going to jump into what make the NorCal Style what it is and where you can find some unique pieces for your home if you’re thinking about updating your decor.

What NorCal Style Is All About

That brief description above starts to scratch the surface of the NorCal furnishing style. It’s a mashup of many of the things that make Northern California great, and as design writer Samantha Schoech put it in her 2012 article exploring NorCal Style, the architect you’d most associate with the look is Cliff May. Now there’s a name worthy of exploration.

A master of the Mid-Century, Cliff May is perhaps best known for creating the California Ranch House, a sort of suburban, post-WWII dream home that became a staple for much of the state. May once famously stated that “A house doesn’t have to look modern to be modern,” and you can see some of that ethos of his that translated into NorCal Style by checking out the prominent features of his work:

“Cliff May's innovative ranch home designs give him a place of honor in the residential hall of fame. He introduced comfort and convenience into postwar '50s homes, from motorized skylights and bathroom vanity cabinets to single-lever faucets and whole-house intercoms. He incorporated features of large, custom ranches into more modest and affordable ranch homes, and gave them a sense of spaciousness as well as strong connections between inside and outside.”

Perhaps most notable about NorCal stylings is how raw and unrestricted they sometimes feel. Again, this is due, at least in part, to influence from Cliff May. It might surprise you to learn, but May never attended architecture school and wasn’t what you’d call a masterful draftsman either. What he lacked in formal training and classical talent, however, he more than made up for with his boundless creativity. It was a creativity, by the way, that was heavily influenced by the work of earlier Spanish settlers who had once dominated California with their own buildings:

“May was exposed early on to the design aesthetic that would influence his life’s work. His mother was a direct descendant of Jose Antonio Estudillo, a member of one of the prominent native California families (Californios) who owned vast ranchos. He spent his summers as a youth on an original Mexican ranch owned by an aunt on his father’s side.”

So again, the Northern California style is an amalgamation of many of the facets that would spring to mind when you think about the area. You’ll find natural wood galore when it comes to specific furniture options, along with neutral colors, minimalist fashions, and a subtle blending of interior and exterior spaces. It all makes for a look that’s uniquely California, and something that few other places can truly replicate, try though they might. All that’s left for you now is to find furniture that fits the bill...

Tracking Down NorCal Furniture Around Oakland

There are places all around The Bay Area where you can shop for different interior furnishings and lovely decor, but The Mercury New has narrowed it down to 13 choices where you can find the best in so-called “California Cool” when you call The Bay your home, which include:

Founded by Sherri McMullen and situated right in Oakland on Broadway, you’ll find this home decor superstore, filled with everything you need to decorate your space the East Bay way. It’s well-regarded as a hip spot to shop, so you’ll find plenty on the cutting edge when you’re browsing here.

Don’t let the name fool you. General Store may keep things vague by offering a wide variety of different pieces, but there’s no denying the obvious Cali style when you walk into their locations on Irving Street and Judah Street in San Francisco. Beyond the home decorations, you can also find jewelry, books, clothing, and more.

The Mercury News says this outlet on Sacramento Street in San Francisco is a favorite of noted Bay Area designer Kristen Pena. That’s all the more reason to check it out for your decorations, and you’ll find plenty of the “natural style” materials included in their expansive inventory.

With a name like that, you might think it easy to find what you need at this store on Valencia Street in San Francisco, and you’d be right. Super Simple provides a fantastic experience for tracking down those NorCal style home items with no fuss or hassle.

Another Oakland original, Esqueleto on 49th Street is full of quirky and eclectic interior design items, which include wall art and even fossils for you to put on display in your home. It doesn’t get much more California than that.

The Rentals in Oakland

There’s stylish Northern California living, and then there’s stylish Northern California living done Oakland style. You’ll find the latter when you call fine communities like Fourth Street East home. Here, right in the magic of Oakland’s Waterfront Warehouse District, it’s “East Bay, All Day,” a sort of panache and way of going about your daily business you’ll only find in the midst of beautiful Oakland. Come see what it’s all about for yourself. Learn about what Fourth Street East has in store for you, then make this your new home base in the wonders of The Bay.