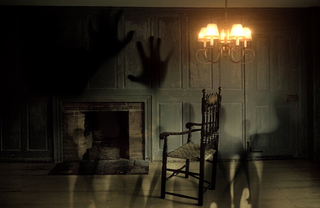 It’s Halloween, you’re short on ideas, and you’re looking for a cool experience around Fourth Street East in Oakland, CA. Instead of throwing your hands up in defeat, why not check out the Oakland Ghost Tour? It’s one-of-a-kind as far as spooky experiences go, and will give you a chance to learn a bit of Oakland’s history to boot:

“Our Oakland Sweets Spirits and The Beyond Food Tour is not your typical Oakland ghost tour. This 90-minute walking tour highlights some of the Piedmont-area’s hidden gems including the final resting places of some of the Bay Area’s most famous and infamous residents.”

Sound like your kind of party? We thought it might. Today, we’re going to delve into the pertinent details of this unique view of the city, and point out a few of the highlights that make the Oakland Ghost Tour the type of Halloween festivity you’ll not want to miss.

The Gist of the Ghost Tour

You might have noticed that official name for the Oakland Ghost Tour, the “Oakland Sweets Spirits & The Beyond Food Tour.” As the name suggests, there is most certainly food involved, because this tour isn’t just about frights and sights, it’s also a chance to get a taste of some delicious treats along the way.

We’ll get to that, though. First, let’s talk about some basic information regarding the tour. According to Local Food Adventures, the tour organizers, this event is going on all October long, and you can catch departure times on Fridays, Saturdays, and Sundays at 4:00PM at the Chapel of the Chimes on Piedmont Avenue.

Tickets for the event run $30 a head, unless you go for the “no alcohol” variants, which only cost $25 per person. As for the tour itself, it will take about 90-minutes, and cover a distance of about ¾ of a mile, so you’ll want to dress for being outdoors for an extended period of time: comfortable shoes and clothes, water — you know the deal.

High Points (and History) on Your Walking Adventure

This tour starts strong out the gate, as your guide will arrive at the meeting location with some red velvet cupcakes from La Farine Boulangerie Patisserie.

If you weren’t already aware, this French-style bakery has been serving the good people of Oakland since 1977, and although the ownership of this establishment has changed hands several times, they’re still dedicated to that founding tradition of “bringing quality French baked goods to its customers and enriching the neighborhood experience of its patrons.”

So, as you take a bite from that delicious red velvet cupcake, think about the 40-plus years La Farine has been involved with the community. They’ve done more than bake bread and cute desserts. La Farine is an active supporter of area food banks, has supplied leadership for area programs like Keep Dimond Clean, Oaktoberfest, and Oakland Trails, and even keeps a helpful list of nonprofit causes that are dedicated to enriching the City of Oakland in positive ways. How’s that for community service?

Next up is the Chapel of the Chimes. It’s hard to get more historical than this Oakland landmark, designed in 1909 and considered one of the most elegant of all California’s historic buildings. Officially, it’s a mausoleum, housing the remains of more than a quarter of a million deceased individuals, including a few famous names like John Lee Hooker and Al Davis. Symbolically, though, the Chapel is more than just a resting place for the dead. It’s a place of dignity, serenity, and a testament to the measure of calm that can be brought to the soul through the power of architecture. There’s truly nothing else you’ve seen like it.

In keeping with the theme of visiting “hallowed” grounds, another highlight on the tour is the Piedmont Funeral Services and Mountain View Cemetery. It too is a historic resting place, covering some 223 acres in the hills of Oakland and Piedmont. As the cemetery itself notes, they’ve gained a reputation for interring many a famous figure:

“People like author Frank Norris, artist Thomas Hill, architects Julia Morgan and Bernard Maybeck, captains of industry such as powerful railroad builder and banker Charles Crocker...all made their contributions to the shaping of a nation’s frontier.”

But it’s more than just the famous bodies that makes this place unique. The delicately maintained balance between “man & nature” typifies the philosophy of American Transcendentalism, which greatly influenced the cemetery’s founding:

“From this philosophy, Olmsted believed that the straight line of man’s industry and the curved shape of nature’s oak branch could once again peacefully co-exist.”

You’ll see this balance play out all around the cemetery grounds, a carefully choreographed dance between the stone monuments and fragile flora, an interplay of shapes, lines, and curves, summing up the popular 19th Century tagline, “God made the country, and man made the town.”

Rounding out the tour will be a moment of levity, as you and your group head to the Kona Club. Few places are more relaxing than a laid-back Tiki Bar, and even this humble-looking establishment has a bit of history you may not have known.

Fantasy Football was invented in Oakland, and one of the original GOPPPL (Greater Oakland Professional Pigskin Prognosticators League) members, Andy Mousalimas, brought the game to King’s X Bar in 1969. It was there that word of Fantasy Football spread, and that King’s X Bar location eventually became the Kona Club. While you’re downing one of their signature Mai Tais, you can give a subtle nod to the proliferation of one of America’s other favorite pastimes simultaneously.

Local Adventures are All in the Neighborhood at Fourth Street East Oakland, CA

You might think this kind of action is out of the ordinary if you’re a newcomer to “Oaktown,” but one look at the neighborhood flair and you’ll see that quirky adventures are par for the course around these parts. Come see what it’s all about. Take a look at what Fourth Street East can offer you and make this your choice for an East Bay experience quite unlike any other.