Receive up to 8 weeks free

An Apartment with a View — of History 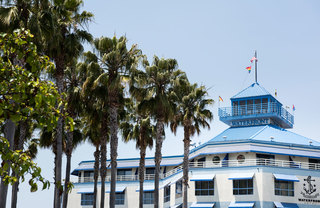 Fourth Street East was designed to take advantage of the wonder that surrounds us. Our building opens up the best of Oakland to our residents with easy nearby transport and our bayside location. Our residents are able to commute all over the Bay Area, including San Francisco and Silicon Valley. Oakland is steeped in rich history, and newcomers to Oakland ought to know a bit about what went on at Fourth Street before Fourth Street East was built.

The original inhabitors of Oakland were the Huchiun tribe of an indigenous group called the Ohlone that lived in and around what is now called San Francisco Bay and Montery Bay. Spanish colonizers claimed Ohlone land in the 1760s, and in the 1850s, the California state government committed massacres of the Ohlone. The Ohlone built Shellmounds — tall, over 30-foot structures of shells and other organic matter — as burial sites, sacred ceremonial spaces, and community gathering spaces. Once there were over 425 Shellmounds in the Bay Area, some within blocks of Fourth Street East, which have largely been destroyed by development, though underground portions of the Shellmound structures continue to exist beneath the developments that were built on top. There are current ongoing efforts to restore some of this sacred land to the Ohlone people.

Our building is located in the historic Jack London District. In the early days of Oakland after the land was taken by California and turned into an American city, it was a transit center and harbor. This district was originally an industrial area serving those needs. There’s still a port here that was established in 1927— right across the way from Fourth Street East — but much of the waterfront has been transformed into a beautiful place to live, work, and play with upscale restaurants, bike paths, and luxury apartments like ours.

The district is named after one of our most famous residents — the activist and the author of The Call of the Wild. You can see a replica of his 19th century cabin in the middle of Jack London Square, the heart of our district.

View of the Bay Bridge

On one side of the building, there’s a view of the Bay Bridge, a feat of human engineering that was first built in 1933, the days of the California Gold Rush — and opened a few months before the Golden Gate Bridge itself. Some of our units are Bay Bridge view apartments, but all of our residents can enjoy the sight from the rooftop deck.

In 2013, “The Bay Lights”, a public art installation, was installed on the bridge. Gorgeous LED patterns created by the artist’s custom algorthims delight distance observers, including Fourth Street East residents.

Oakland is famously the place where the Black Panther Party for Self-Defense was founded. They were an influential and impactful group that was part of the 1960s Black Power Movement. Their former headquarters, on 14th St and Peralta St, is less than three miles from the Fourth Street East building. The Black Panther Party combatted police brutality against Black Americans as well as founded social programs for protecting Black communities. The school they founded, Intercommunal Youth Institute (now Oakland Community School), is also nearby. It was renowned for setting a higher bar for education across the state.

Living at Fourth Street East gives you an apartment with a view — views of the Bay Bridge and the mountains, but also of the rich history the area. When you live here, you are part of a long legacy of both the good and the bad that led us to the creation of our favorite city in all of California — Oakland.